A unique year-round resort community master plan with an arts and culture program that was central to the overall development of three planned communities and an array of lots for private development.

For Bonds Cay, a privately owned island in the Bahamas, Rafael Viñoly Architects was commissioned to design a master plan for the entire 4.25-mile-long island and to provide concept designs for individual villages. The result was a unique year-round resort community with an arts and culture program that was central to the overall development. Further, the design allowed for a variety of living and resort options, including three planned communities and an array of lots for private development.

The main village, titled the “Citadel,” would be nestled in hills at the northern tip of the island, flanking a marina and retail area built into a natural cove. The village would be comprised of five distinct clusters, with private residences surrounding a hotel and a club, a sports complex, an amphitheater, or one of two art galleries. One of the clusters was devoted entirely to artists-in-residence studios. Garden paths throughout the village would encourage pedestrian circulation and would be sheltered from the sun by palm trees and neighboring buildings.

The Island Village, sited on the southernmost part of the island, would house year-round island residents, as well as civic buildings and service and utility functions. A government dock in this administrative community would serve as the island’s primary port, and traditional shops and restaurants would make this village the island’s destination for Bahamian cuisine and culture.

Near the center of the island, the third village, the Lagoon Community, would be clustered around two connected natural lagoons that open to the sea. Private lots averaging three-quarters of an acre and arranged closely together would form a small, intimate community with a different tenor from the two denser villages at either end of Bonds Cay.

In total, ninety-six lots would be available for private development, with one-quarter of the overall island area preserved as parkland. The three communities would be connected by vehicular roads and a 3.3-mile-long jogging and biking trail. 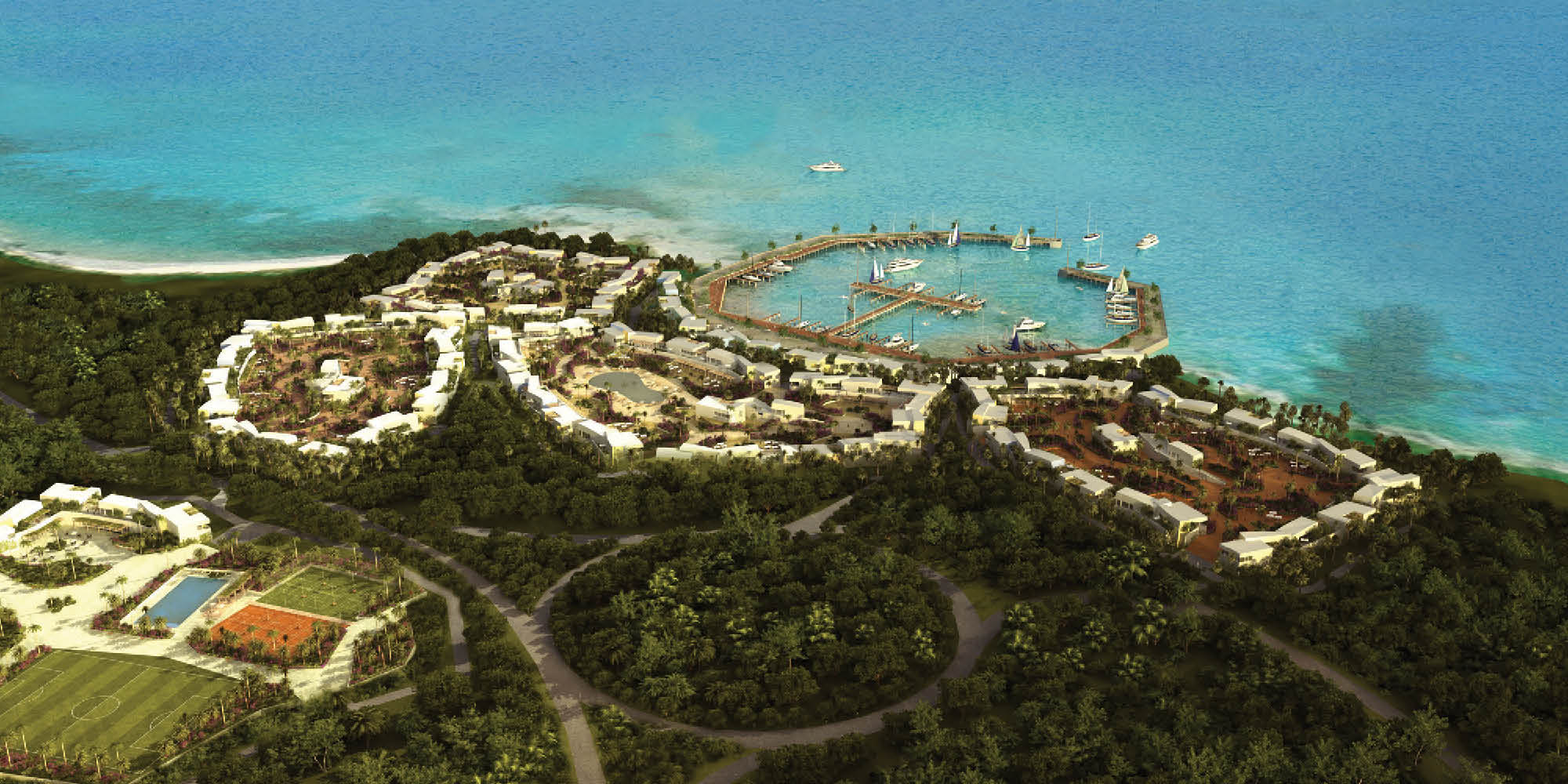 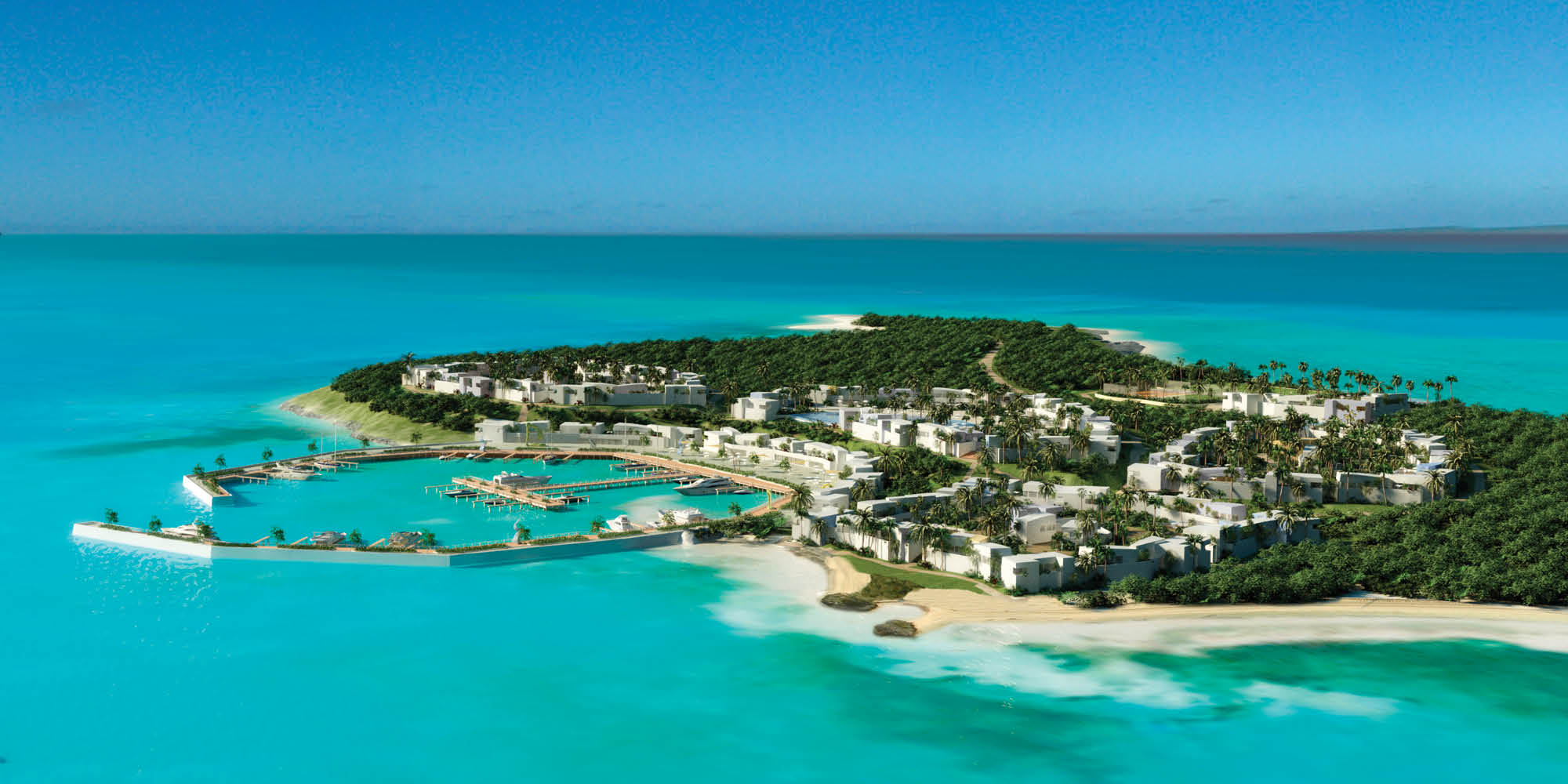 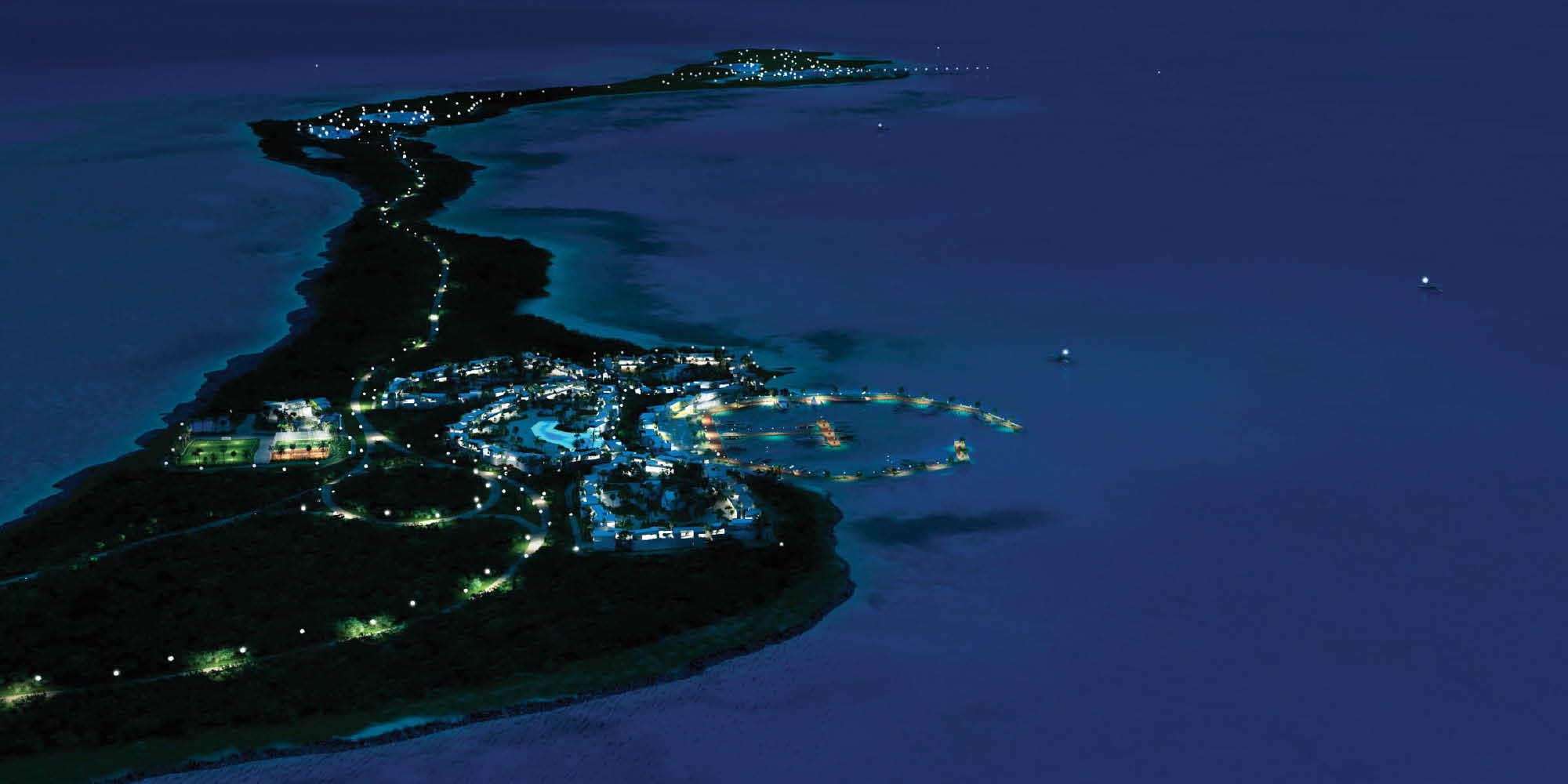