A gently-sloping building that rises out of the surrounding landscape, features an operable roof made of ten 65-foot-wide articulated structural modules, that open individually or all at once to the sky.

The Swimming Center, a gently-sloping building that rises out of the surrounding landscape, features an operable roof made of ten 65-foot-wide articulated structural modules, five on each side of the structure’s primary axis, that open individually or all at once to expose the Center to the sky. When extended, the steel modules are linked at their tips by cables supporting a transparent polymer roof. When not in use, the roof folds in an accordion fashion and retracts into each module.

The articulation system is operated by computer-controlled hydraulic jacks. As bleacher seating can be mounted on the underside of each module, capacity can be effectively doubled or even tripled when fully extended, accommodating a maximum of 17,000 people during the Olympic Games. After the Games, the reconfigurable structure can be adapted to house an aquatic center, athletic facility, cinema, convention center, exhibition hall, performing arts venue, or other potential programs.

A landscaped roof covers those portions of the Swimming Center that are not housed beneath the retractable structural modules and seamlessly integrates the design into the Olympic Green and responds to a Ming Dynasty-era temple south of the site. The roof also serves an important sustainability function in accordance with the “Green Olympics” by controlling runoff and diminishing the “heat island” effect of the building and its parking facilities. Additionally, energy costs are reduced through the application of daylighting, natural ventilation, and a polymer roof that allows light inside while simultaneously deflecting 93 percent of solar heat energy. 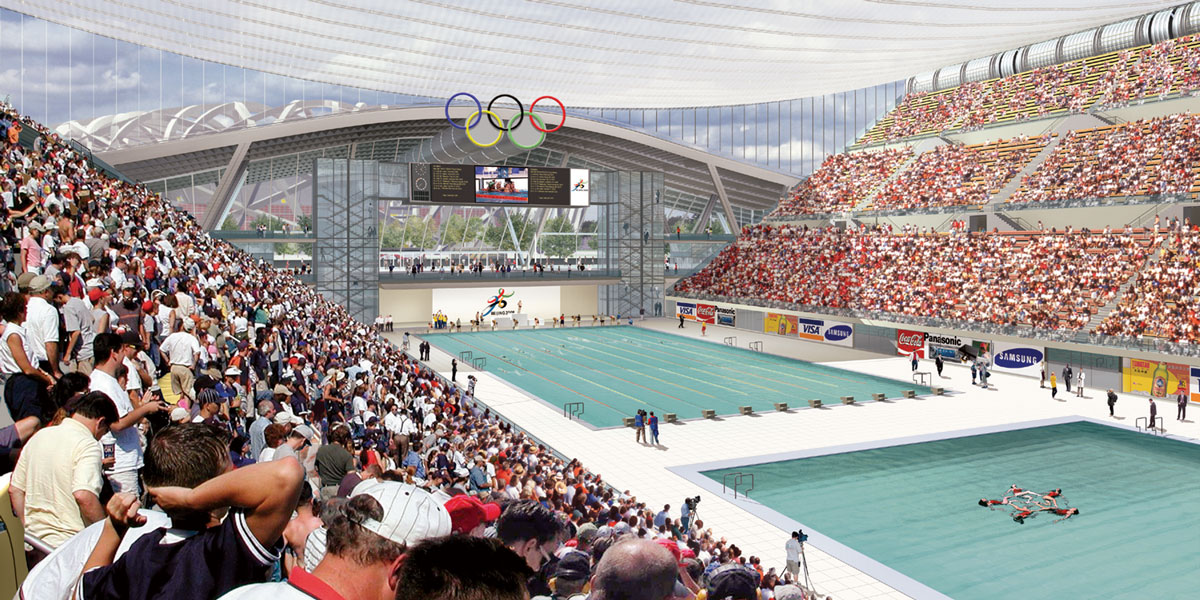 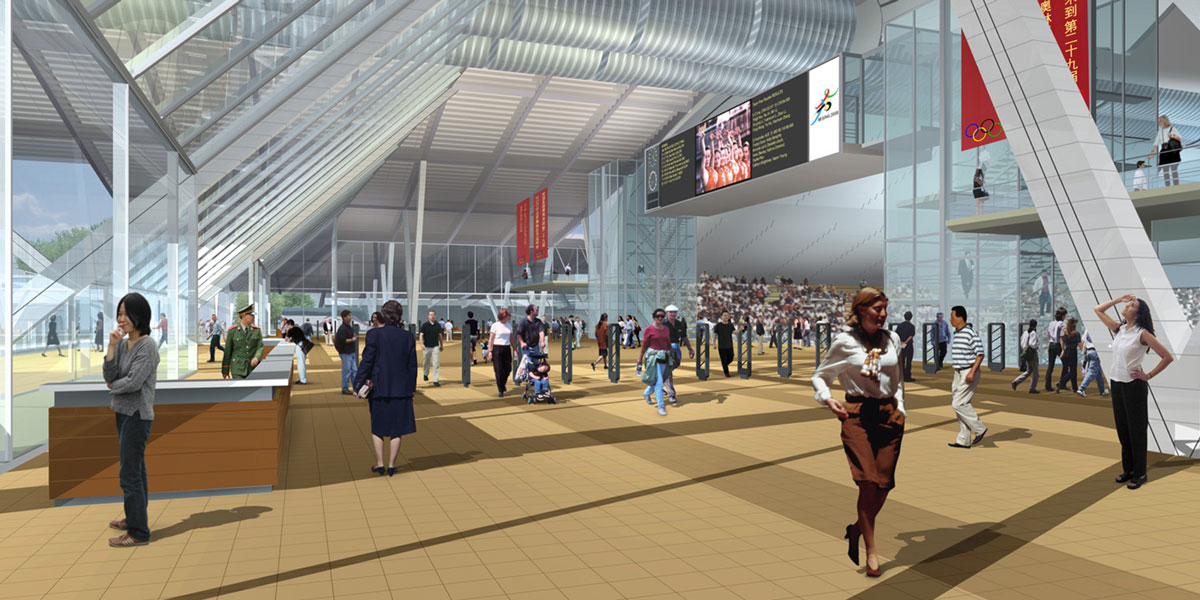