This past Friday, May 21, Rafael Viñoly was appointed as an Honorary Member of the Centro Argentino de Ingenieros (CAI) for his prominent career trajectory and contributions to humanity, development, and the profession in Argentina and around the world.

The recognition was given by CAI President Pablo Bereciartúa during a virtual talk with Mr. Viñoly on the interdisciplinary relationship between engineering and architecture; challenges architects face today; education reform; and the future of cities.

CAI, a non-profit organization based in Buenos Aires, Argentina and founded in 1895, highlights the strategic importance of engineering in society. 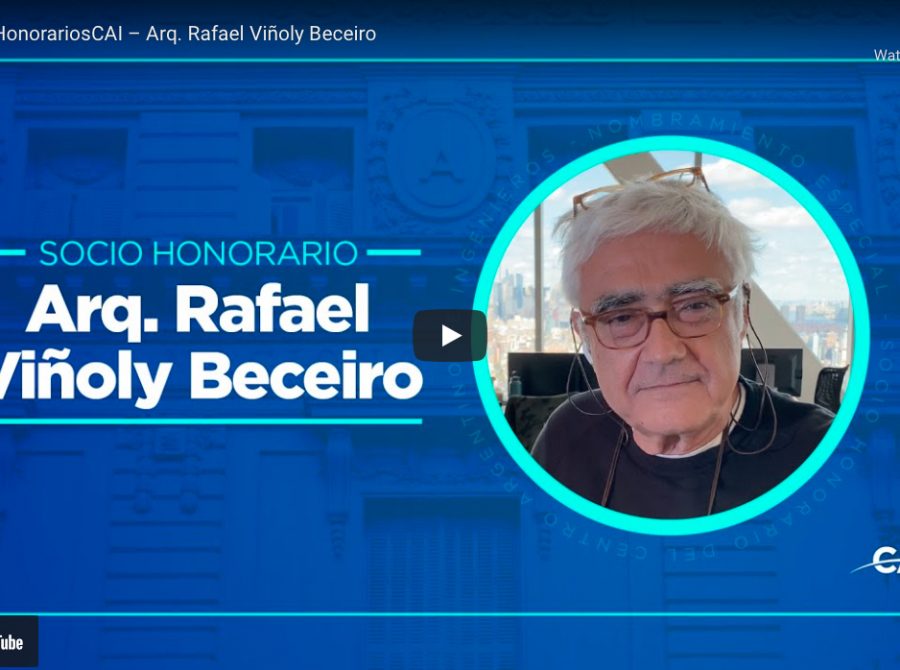