Viñoly is proud to announce the completion of the Edward M. Kennedy Institute for the United States Senate (the Institute), a new 68,000 square foot building in Boston, Massachusetts designed by Viñoly. Located on Columbia Point, at the northeast end of the University of Massachusetts Boston campus and adjacent to the John F. Kennedy Presidential Library, the Institute is dedicated to educating the public about the United States government, invigorating public discourse, encouraging participatory democracy, and inspiring the next generation of citizens and leaders to engage in the civic life of their communities. 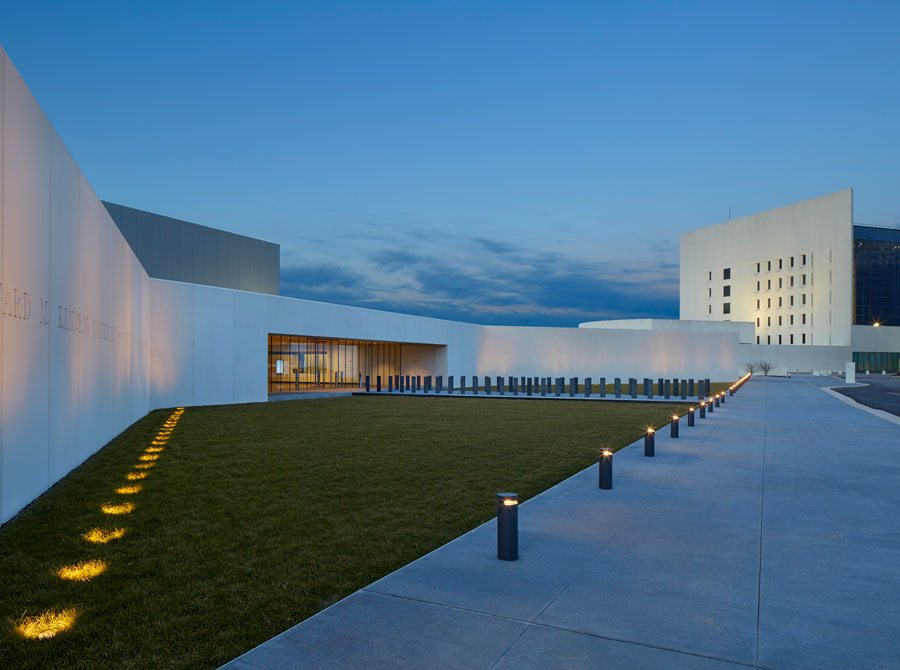