BOSTON – April 8, 2011 – Rafael Viñoly gathered this past spring with elected officials and members of the Kennedy family for the official groundbreaking ceremony of the Edward M. Kennedy Institute for the United States Senate. The historic project, situated on the University of Massachusetts Boston campus, stands next to the existing John F. Kennedy Presidential Library and Museum, encouraging visitors to explore both buildings. The institute will house participatory educational programs designed to engage the public in our system of government and heighten awareness of the U.S. Senate’s role in the government. The foundations for the building are being poured and will near completion in the fall of 2013. 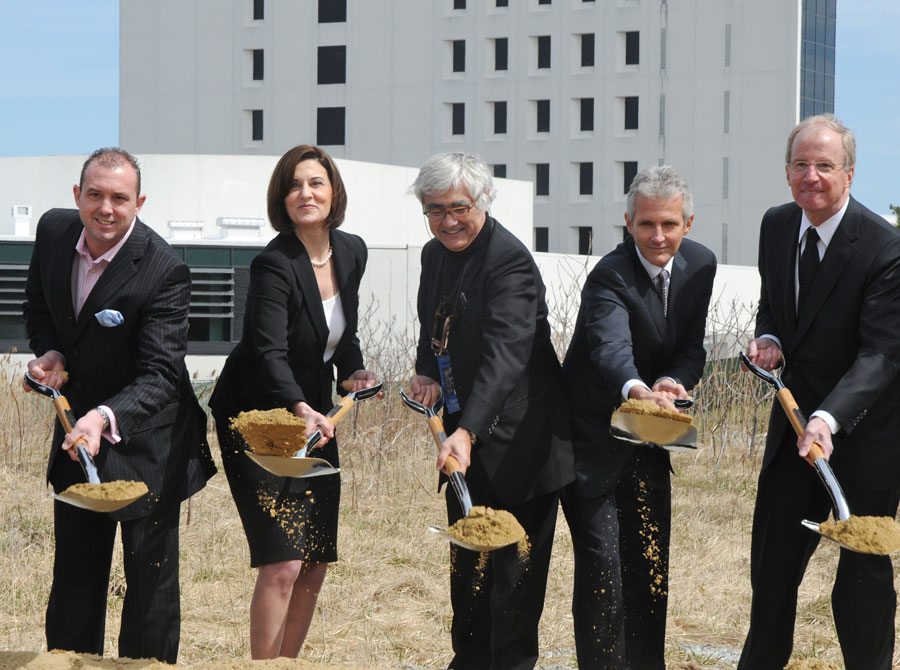